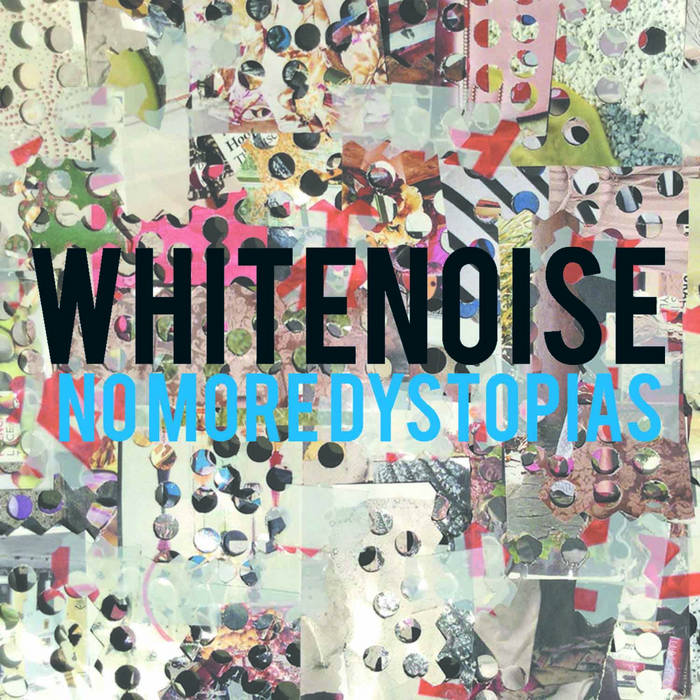 The Bandcamp Pre-order is for DIGITAL only. if you want the cassette you can order it at soleone.org.

WHITENOISE is sole’s new one-man band and the follow-up instrumental project to his critically acclaimed 2007 release on anticon records, "Poly.Sci.187." The name was lifted from a Don Delillo novel, about how real fear and imagined fear endangers our society. It’s an exploration of un-quantized analog 8 track walls of noise combined with the hip-hop "beat" aesthetic. The tracks are songs sole has been fine-tuning for years that eventually became so full that there was no room for vocals. Sole's wife Yasamin helped finish the project by adding keyboards to almost every song.

WHITENOISE harvests samples from a wide range of source material including; 80’s pop, David Harvey, Robocop, McKenzie Wark, Anderson Cooper, David Graeber, vintage sci-fi TV, Iraqi Mujahideen videos, Ronald Wright, and more. This project is a humble attempt to illustrate ways "instrumental music" can provide an apt canvas to reflect on "critical" sentiment in song form in a far less heavy-handed way then a rap song. In a review for sole's first instrumental album Pitchfork dubbed him "the D.J. Shadow for the Huffington Post set." If the former was true then, then WHITENOISE is the Pete Rock of toxic airborne events.

The first single/video, “Fallujah” & “The Military Entertainment Complex” is a sonic look back on what has been dubbed the most violent & brutal moment of the Iraq Occupation. The “Military Entertainment Complex” is the symbiosis of Hollywood, video games & war. It has become the ultimate recruiting tool and mode of blurring real violence from the virtual. The video that accompanies the song features mash ups of Disney Marches & White Phosphorous Bombardment, Ballet Dancers on the Moon, Para-trooping dogs being thrown into the arctic, Eddie Van Halen doing a guitar solo in front of an Atomic Explosion and the final moments of Sadaam Hussein’s trial before he was hung on youtube over an M.I.A.-esque dance beat.

Cannibal Corpse's George "Corpsegrinder" Fisher stops by for an interview